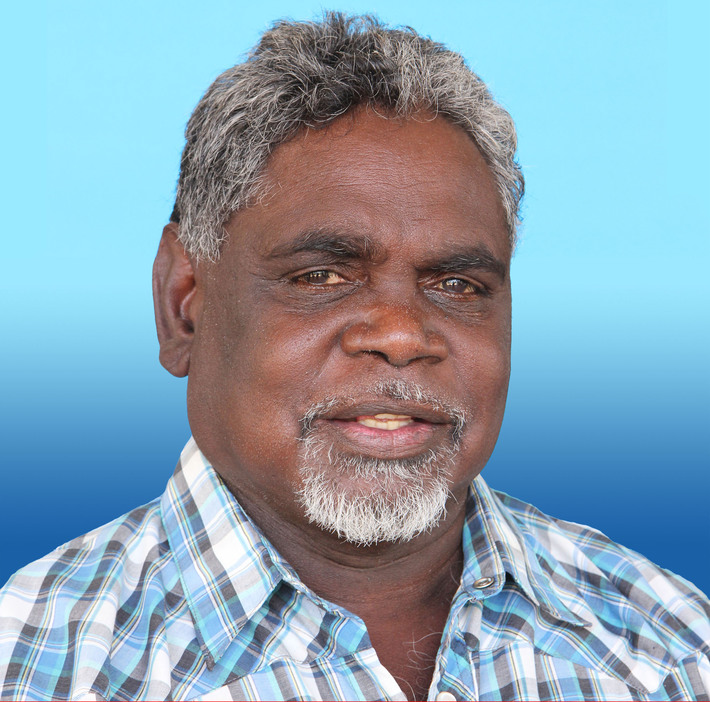 Yingiya Mark Guyula MLA comes from North East Arnhem Land. He is a member of the the Liya – Dhaḻinymirr clan, of the Djambarrpuyŋu Tribe, which is part of Yolngu Nation. In 2016 he was elected as the Member for Nhulunbuy. Based in Milingimbi he travels extensively throughout his electorate working with his constituents.

Among his people he has the title Djirrikaymirr (judge) and he is an authority on the Yolngu traditional system of law called Madayin. His tribe is one of a number of groups responsible for the oversight of the Indigenouscentral governance institution of Ŋarra. Madayin law and the Ŋarra have maintained peace, justice and harmony in East Arnhem Land for millennia although ongoing interventions threaten and destabilise Yolngu culture. Protecting Yolngu culture and local governance is Yingiya’s driving force.

Prior to his current role he has worked as a senior lecturer in Yolngu studies at Charles Darwin University and as a support worker with the Northern Regional Council of Congress and is an experienced Indigenous language interpreter.

He was the first Yolngu person to gain his pilot license and prior to this, trained as an aircraft mechanic.

Kathy McMahon is an experienced teacher,

teacher educator and curriculum developer. Kathy worked in Indigenous education in the Northern Territory from 1984 until December 2017. Kathy has been a longterm advocate for bothways education. Epistemic justice for Indigenous students and communities is still a long way away although the pathway to a better education system for all Australian students has been articulated by Indigenous elders for decades.

Kathy has been involved with the Garma Maths Curriculum Project at Yirrkala since 1984 and is committed to the task of working disparate knowledge systems together.  She will be giving a collaborative presentation with Yolŋu educators from Yirrkala on some of the key moments in the development of Garma Maths. Her talk will highlight how non-Indigenous educators can become strong allies in the struggle for a balanced curriculum.

Dianne Siemon is an Emeritus Professor of

Mathematics Education at RMIT University. Di has been a teacher, teacher educator and researcher for over 40 years and remains actively involved in the professional development of teachers of mathematics. Her primary interest is in the provision of evidenced-based formative assessment materials that can be used to identify and respond to where learners are in relation to the key ideas that make a difference so that all learners have the opportunity to participate and succeed in school mathematics.

Di has been associated with mathematics education in the Northern Territory for well over 20 years. First as a member of the Mathematics Teaching, Learning and Assessment Project (MaTLAP, 1993-1994) then as the researcher supporting the Sustaining Indigenous Students’ Achievement in Numeracy Project (SISAN, 2003-2004). From 2006 to 2009 Di was the Director of the Building Community Capital to Support Sustainable Numeracy Education in Remote Locations Linkage Project, which together with John Bradbury and the NT Department of Education and Training resulted in the Talking Namba resources. Di is passionately committed to the use of first language in the teaching and learning of mathematics in the early years. She has supervised two PhDs in this area and is currently supervising John Bradbury’s PhD on the use of first language and metaphor to support the teaching and learning of school mathematics,

John Bradbury began working in the Northern Territory as a senior teacher at Borroloola School in the gulf country in 2003, before taking a position as mathematics consultant for remote Indigenous schools with the Education Department. It was in this capacity he became associated with an Australian Research Council project based at Shepherdson College on Elcho Island, exploring the intersection between language, culture and mathematics. Applying some of the products and findings of this project, he went on to oversee the development of the ‘Talking Namba’ mathematics resource. He has since worked as Assistant Principal at both Angurugu School on Groote Eylandt and (currently) at Shepherdson College on Elcho Island where he continues to explore the use of Indigenous language in the delivery of mathematics. He is currently formalising this research as a PhD candidate with RMIT University.

Yvonne and Caroline are sisters (yapa) from 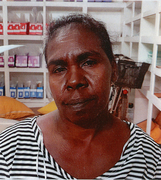 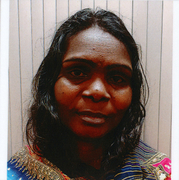 the Yoŋu community of North East Arnhem land. They have worked as Educators at Shepherdson College since 2012. During this time they have taken astrong interest in the education process, with a particular focus on how Yolŋu students can be best taught the ‘Western’ curriculum while continuing to develop their first language and Yolŋu cultural understandings. They have both completed their certificate IV qualifications in Education Support and each takes a strong role in classroom delivery. They have played a pivotal role in the development of an effective Yolŋu Matha mathematics register to date and they each separately developed and delivered a Place Value unit in their classrooms to trial this register, providing the quantitative data for a PhD research project. They are both currently working on the development of a Certificate II in Applied Languages (Yolŋu Matha) for senior students at the College as well as continuing to assist in the ongoing development of a Yolŋu Matha mathematics program.