The conference will be held at the Yirrkala Community.

Yirrkala is an Indigenous Community in East Arnhem Shire, Northern Territory of Australia. It is 18 km South-East from Nhulunbuy in Arnhem Land. In the 2016 census, Yirrkala had a population of 809 people.

The community is Aboriginal land but no permit is required to visit from the nearby town of Nhulunbuy also known as Gove or the local Gove Airport.

Qantas and Airnorth fly to Nhulunbuy (also known as Gove).

Permission from the Northern Land Council (08 8920 5100) is required to drive to Yirrkala from Darwin or Katherine (approximately ten hours). The road is impassable in the Wet Season (from Dec-May).

Yirrkala is a dry area where alcohol is forbidden without a permit. 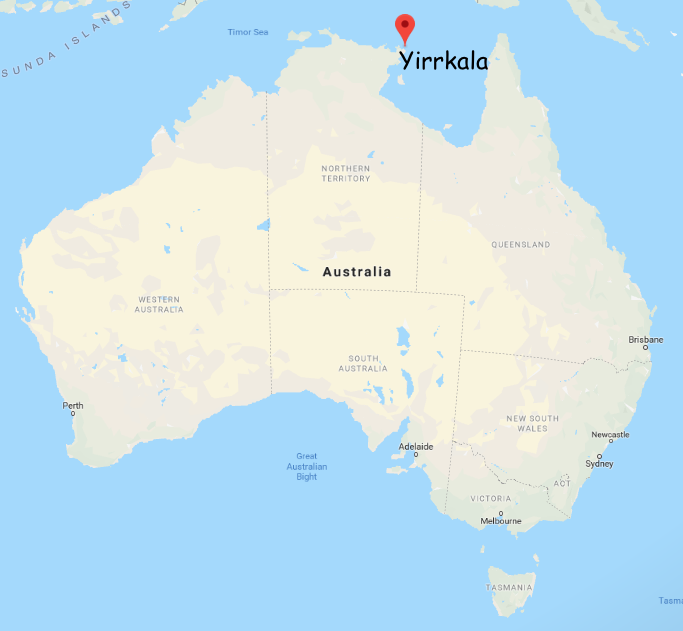 Nhulunbuy (also known as Gove) is 18 km from Yirrkala Community. Nhulunbuy offers accommodation and many other major services.

Nhulunbuy sits in a tropical savannah climate similar to that of Darwin and Palmerston. Rather than the usual four seasons there are only two.

From May to October the region enjoys The Dry season with cool evenings (dropping to 20C) and warm, sunshine-filled days. The remaining months of the year The Wet season rolls in bringing with it high humidity, powerful storms and an explosion of colour as the local flora and fauna comes to life.

Nhulunbuy is considered one of Australia’s last strongholds of traditional Aboriginal culture and the community works to protect, develop and celebrate their customs.

Nhulunbuy supports a laid-back, natural lifestyle. The beautiful, rugged landscape and white sandy beaches are an escape from the hustle and bustle of city living and the region attracts adventurers from far and wide in search of a chance to connect with this beautiful country and its rich, traditional culture.

Nhulunbuy is home to less than 4000 people. It is the service centre for nearby mining operations and the commercial base for the East Arnhem region.

Whilst the township is remote it still provides all the comforts of home. The community shopping centre offers your local Woolworths, BWS and Westpac bank. The cost of living is considered to be quite high due to long freight routes to transport goods in and out of the town.

QANTAS and Airnorth offer regular flights in and out of Nhulunbuy (Gove) direct to Cairns and Darwin.